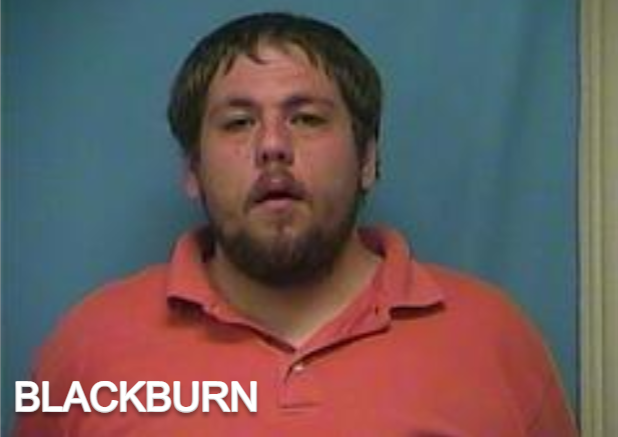 A Benton man is facing charges related evidence of stolen lottery tickets. The manager of the Circle K store located at 1220 Highway 5/35 in Benton contacted the Benton Police Department after watching surveillance video.

In an incident report, an officer wrote the store manager’s statement that he discovered an employee, Bradley Blackburn, age 31, of Benton, stealing Arkansas Scholarship Lottery tickets, scratching them off, and taking the earnings.

The video shows footage of Blackburn working behind the register, then just after a customer leaves the store, Blackburn can be seen taking approximately 6 or 7 green instant lottery tickets off a roll and placing them in his pockets. Later in the video, he can be seen scratching off the tickets. The manager reported Blackburn has stolen approximately $2,500 worth of tickets since August 6th, 2022, and wanted to press charges.

The officer made with Blackburn, and read him his Miranda Rights. Blackburn agreed to speak with the officer without an attorney present. Blackburn stated a customer came in with a scratched-off lottery ticket, thinking he did not win. Blackburn said he scanned it for him and the ticket was a $20 winner. Blackburn stated the customer said he could have the money. Blackburn stated he used the $20 to buy more tickets. The manager and officer could not locate video of an interaction with a customer that matched Blackburn’s story, or footage of the ticket being purchased.

The officer stated that while he searched Blackburn prior to being placed in the police vehicle, the officer located eight lottery tickets in the clerk’s pockets. The tickets were confiscated and logged into evidence; Blackburn completed a Property Receipt Form. At this time it is unknown how much money was illegally obtained through the lottery.