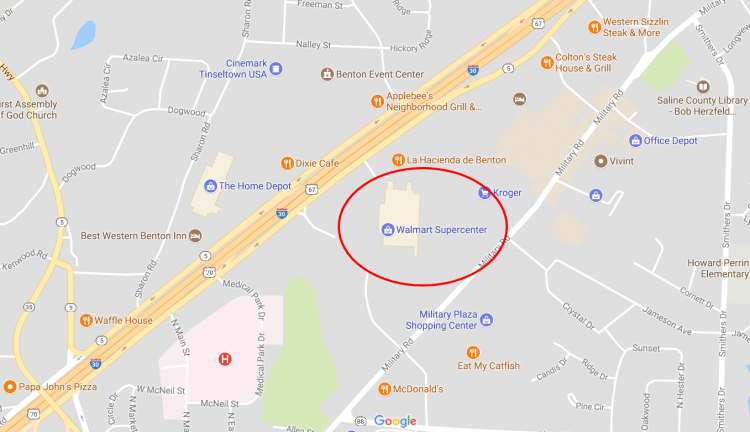 At approximately 9:59 p.m. Sunday, Aug. 27, the Benton Police Department responded to Walmart, located at 17309 Interstate 30, for a report of a bomb threat. Employees told officers they received a phone call of a man threatening to “blow up Walmart tonight.”

The store was evacuated and the Little Rock Air Force Base Bomb Detection Unit arrived at the scene. The detection unit later cleared the store with bomb detection trained K-9s and no bomb devices were located.

The Benton Police Department stated in a news release that they take these type of incidents very seriously and detectives are diligently following up on leads. The investigation is ongoing.

Anyone with information about the incident is encouraged to contact the Benton Police Department at 501-778-1171 or 501-315-TIPS.  Individuals also may send an anonymous crime tip about this incident to CRIMES (274637) with the keyword BNPD in the body of the text or go to www.crimereports.com to leave a tip.  A crime tip can also be submitted via the official Benton Police Department app found on iTunes and Google Play.