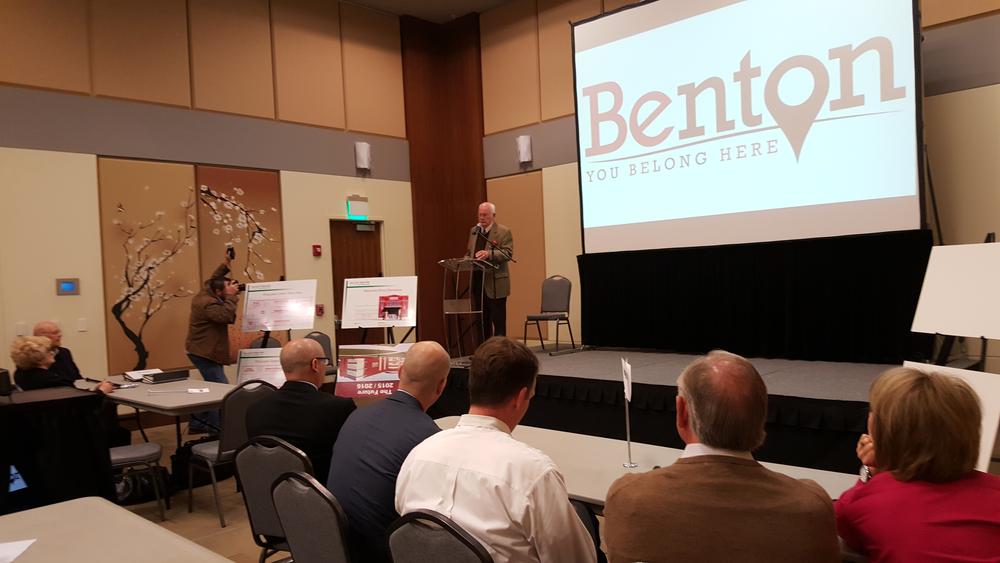 Benton Mayor David Mattingly called a special news conference on Thursday, November 19th, 2015 to announce several items of good news for the city. If you are one of those people that skims, just look at the bolded sections. There are also photos below of plans and speakers, but first, the video of the announcements. It was a fun presentation, with some familiar faces and lots of extra information and even some laughs.

1. Benton now has a promotional video to market the city to prospective new businesses and others.

It was announced earlier this year that the City of Benton had contracted with local company YourAdTeam to come up with ways to promote to potential business interests as well as residents. You can see the new video in the news conference footage, but also the original is shown below.

2. There are solid plans to bring the Palace Theatre back to life as an arts and heritage center.

It’s been in the news since this summer that the 99-year-old structure downtown on South Street might be at the end of its life. A study spelled out some hard facts and the City of Benton started to look at safety issues and liability and therefore, possibly demolishing the historical hall once known as “The Showplace of the South.” The Palace has served as a movie house, a performance hall, a recreation haven for teens and most recently – and for the longest amount of time – the Saline County Library, until they vacated in 2003. But today, the announcement from Benton businessman Curtis Ferguson was that there are definite plans to revive The Palace. It’s purpose when renovation is complete will be as an arts and heritage center. Here are some concept renderings for what they want to do. 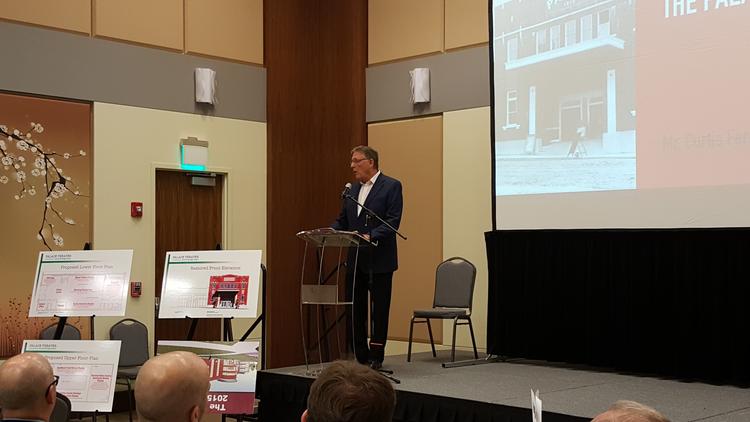 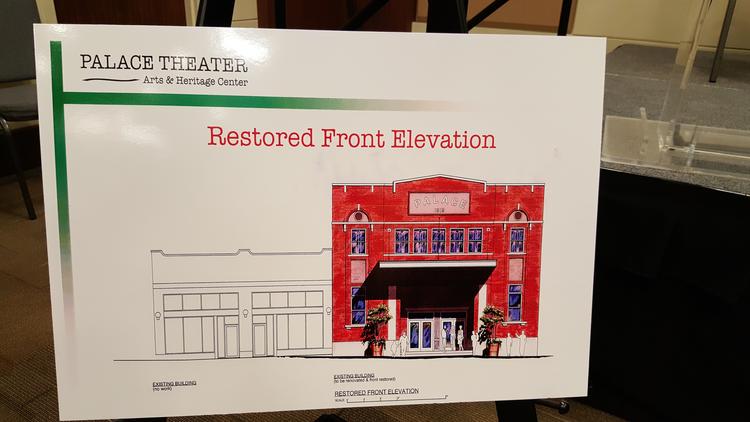 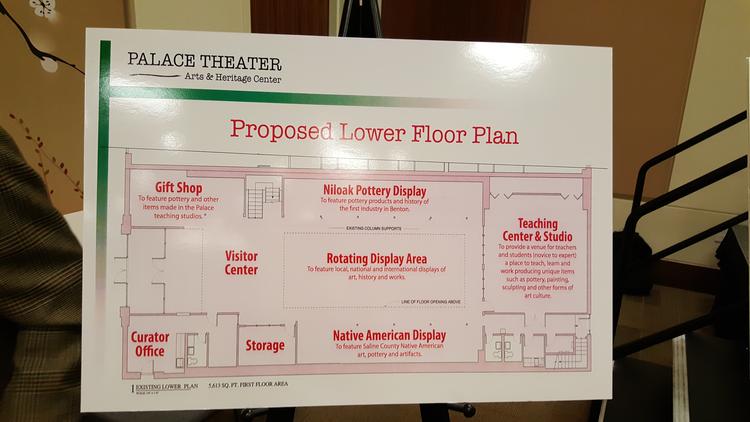 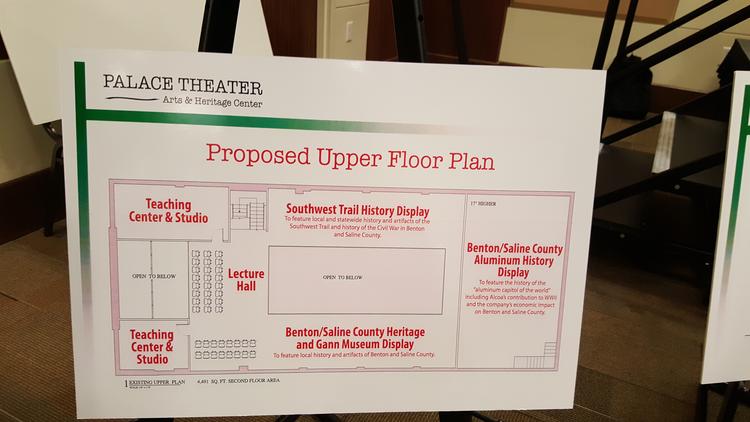 3. The tech company that bought the old Harvest Foods in downtown unveiled their new building concept.

It was announced in September that Access Control Devices Incorporated (ACDI) bought the long-vacant property on Main Street downtown that until 2009 held a Harvest Foods store. ACDI is tearing down the old structure and unveiled a plan for a large, multi-level, modern office in years to come. See the pictures below. 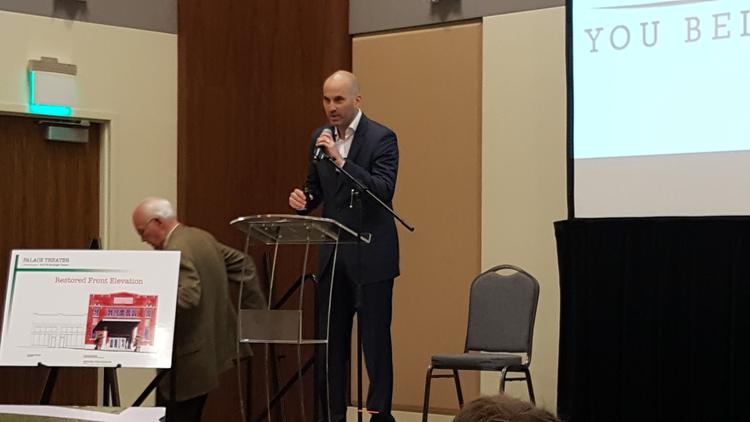 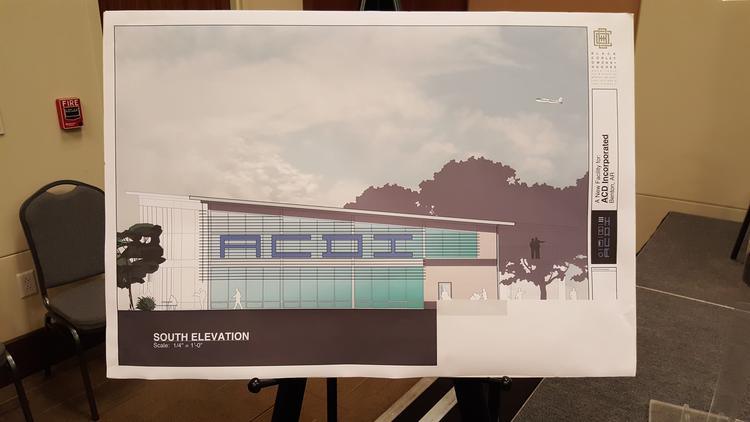 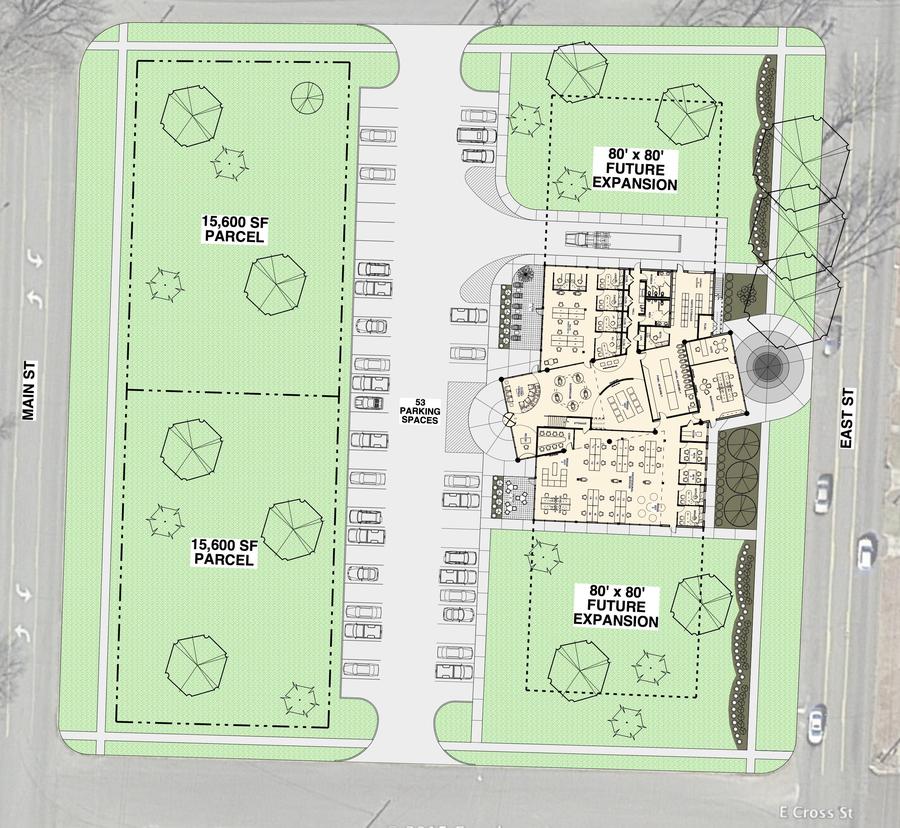 4. The downtown area near the new mural will be getting a farmer’s market pavilion.

Brad Jordan, the City of Benton’s Economic Development Director announced a new pavilion for a farmer’s market is planned for construction where there is now vacant land at River Street where it connects with South Street downtown. Vendors already gather from May to September to take part in a farmer’s market on the courthouse square, but this would be a covered space with plenty of room without encroaching on the sidewalk or parking at the courthouse. Since it’s to be covered, it lends itself to many opportunities for outdoor events. 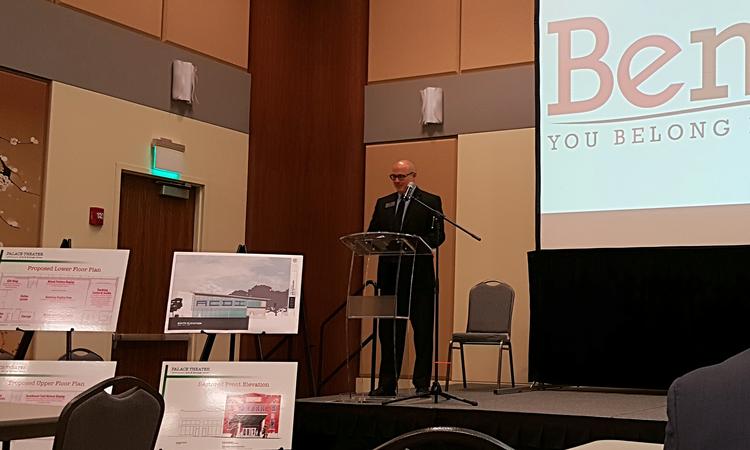 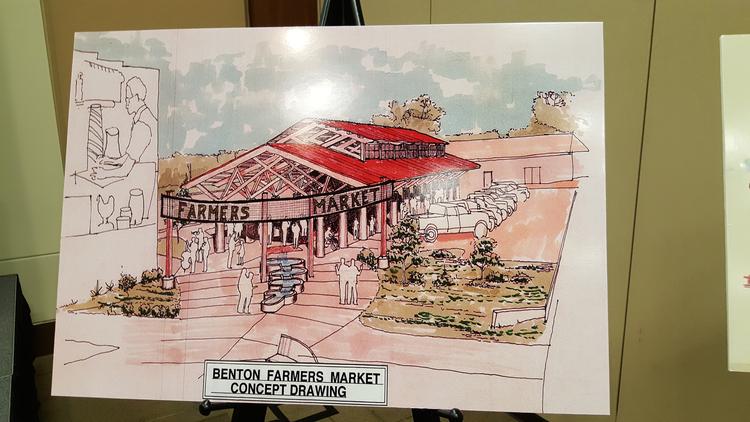 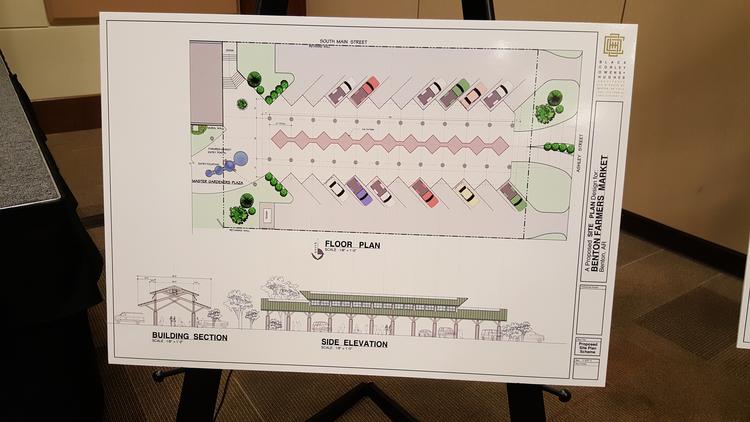 5. The concessions stand at Bernard Holland Ballpark will get a major upgrade, thanks to a donation by Everett Buick GMC.

Finally, Mayor Mattingly announced that the Everett Buick GMC had been in discussion with city administration and decided that among all the new construction from the new Riverside Park multi-use complex coming in next to Bernard Holland Ballpark, the concessions stand there at the park could use a substantial upgrade. If you have visited there recently, you’ll agree. Spokesperson Susie Everett presented the Mayor a check for $150,000 payable to the Benton Parks Department for use in the improvement. 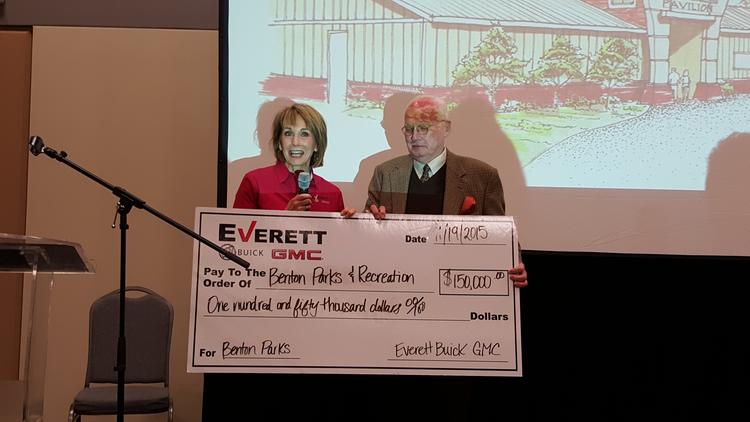 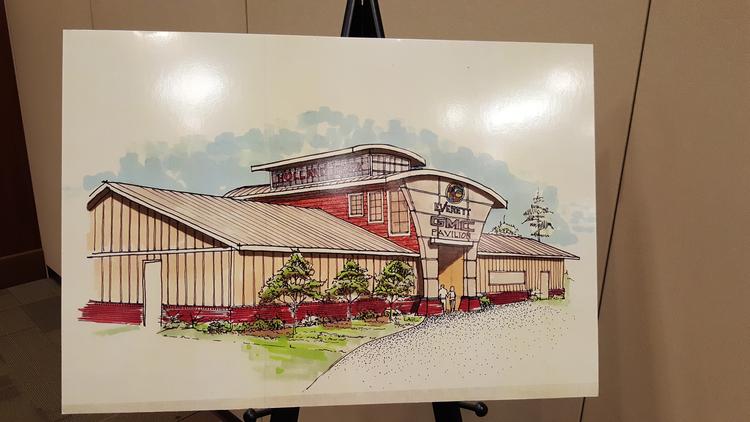 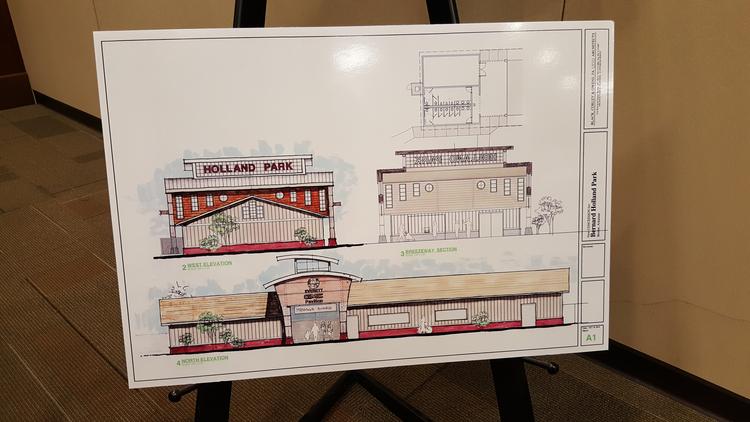