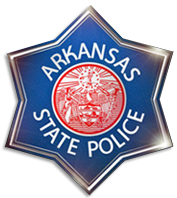 During the upcoming holiday season Arkansas State Troopers along with other state and local law enforcement officers will step-up their patrols to keep motor vehicle drivers and passengers safe.  Stopping and arresting impaired drivers will be a top priority.

Arkansas law enforcement agencies are partnering with the U.S. Department of Transportation’s National Highway Traffic Safety Administration (NHTSA) in a special year-end Drive Sober or Get Pulled Over enforcement mobilization to get drunk drivers off the street and to spread the word about the dangers of impaired driving.  Increased patrols will begin December 13th and continue through January 1st.

“Drivers will notice increased enforcement patrols watching for anyone who is driving impaired,” said Colonel Bill Bryant, Director of the Arkansas State Police and the Governor’s Highway Safety Representative. “It is vital that we keep travelers safe, not just during the holidays, but every day.  With an increase in traffic on the roads, and people attending holiday parties, we will likely see an uptick in drunk driving. We’ll be arresting anyone who breaks the law by driving impaired.”

The holiday period is full of festivities that often contribute to an increase in the number of drunk drivers on the road.  Nationally during 2016, traffic crashes killed 37,461 people.  Twenty-eight percent (10,497) died in impaired driving crashes where a driver had a blood alcohol concentration (BAC) over the limit of .08.

“This should be a time of peace and happiness as friends and families come together,” said Colonel Bryant.  “Choosing to drink and drive is a selfish choice that often results in harsh consequences.”

Driving while impaired can lead to an arrest and jail time, loss of a driver’s license, higher insurance rates, and unanticipated expenses ranging from attorney fees, court costs, car towing, vehicle repairs, and lost wages due to time off from work.  But the ultimate cost of drunk driving is causing a traffic crash that injures or kills.

Follow these tips to stay safe on the road this holiday season:

For more information on the “Drive Sober or Get Pulled Over” campaign, visit www.trafficsafetymarketing.gov or call the Arkansas Highway Safety Office at (501) 618-8136.  For information on Arkansas’ “Toward Zero Deaths” campaign to eliminate preventable traffic fatalities, visit www.TZDarkansas.org.