A storm system will bring rain and some snow this week, according to the National Weather Service in Little Rock. While some uncertainties linger, overall trends suggest less snow and only a dusting for accumulation at the most. Snow will be most likely Wednesday evening through Thursday morning. (Scroll down to see daily temps and forecast through next Monday.) Rain may mix with snow over far west and portions of northwest and north Arkansas with all rain elsewhere. The greatest likelihood of minor snow accumulation will be over the Ozarks, but only a dusting at most is expected. Further adjustments may be needed but data does not support any major increase in forecast snow totals or impacts.

Rain will overspread the state from west to east on Wednesday. The heaviest rain is most likely across southwest AR where 1 to 2 inches of liquid precipitation will fall between Wednesday and Thursday. 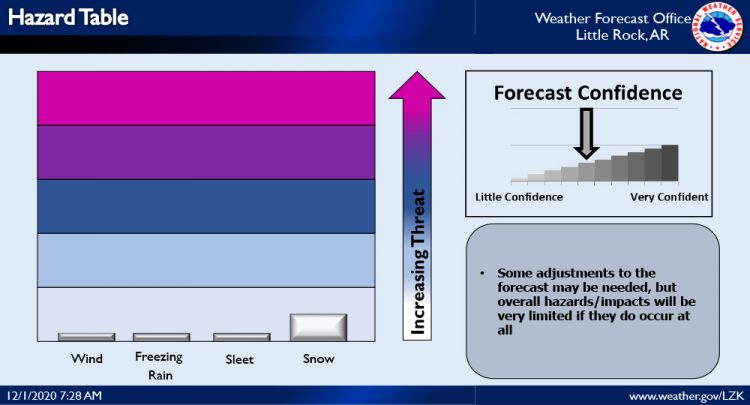