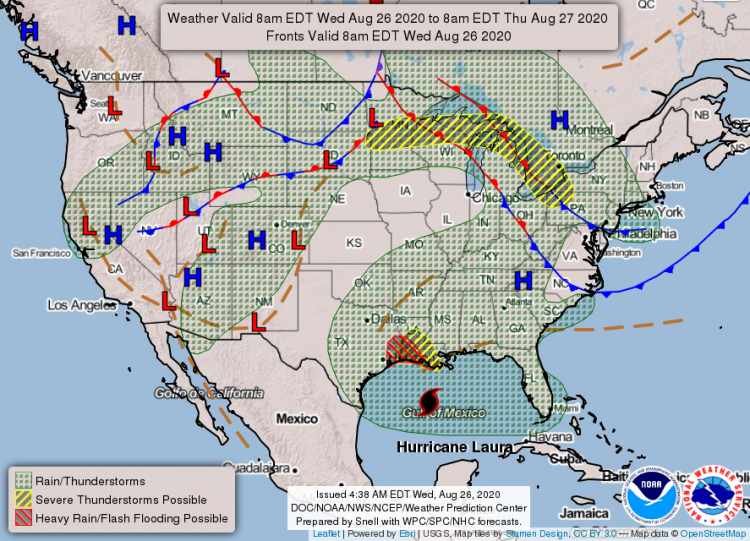 The National Weather Service in Little Rock has issued a Flood Warning for the Saline River in Benton for Friday morning until late Sunday night. Some streets and neighborhoods will likely be affected as well.

The river is expected to rise above flood stage Friday morning to a crest of 24.0 feet late Friday night. This forecast is based from heavy rainfall expected from the remnants of Hurricane Laura.

River Street in southwest Benton may also be flooded by backwater up Willow Depot Creek, especially if there is heavy rain in the Benton area during the high river level. Also, possible flooding up McNeil Creek and Salt Creek.

The National Weather Service in Little Rock has issued a Flash Flood Watch from Thursday afternoon through Friday evening for portions of Arkansas.

The remnants of Hurricane Laura are expected to move into Southwest Arkansas during the day Thursday, with heavy rain spreading northeastward into the region during the afternoon and evening.

Total rainfall amounts of 4-6 to inches are likely, with localized amounts in excess of 7 inches possible through Friday evening.

This watch includes the following areas: