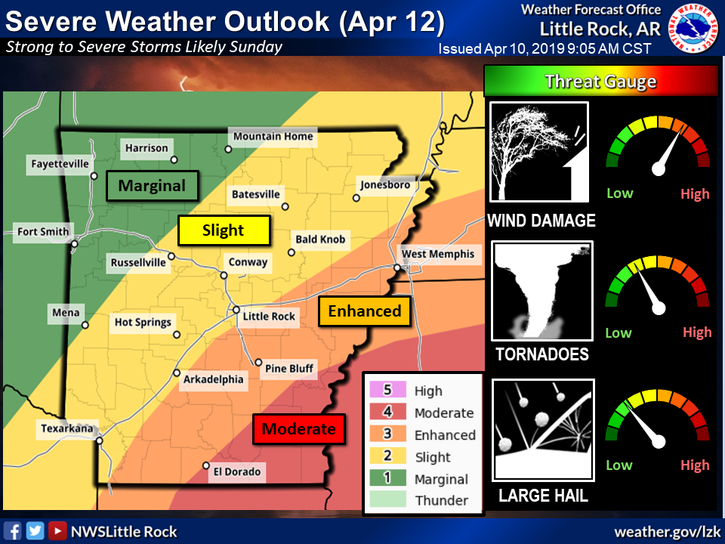 Severe thunderstorms are likely Sunday, according to the National Weather Service in Little Rock. The main area of concern is the southeast half of the state. The primary concerns are large hail, damaging winds, and a few tornadoes.

See below for the forecast through Monday.