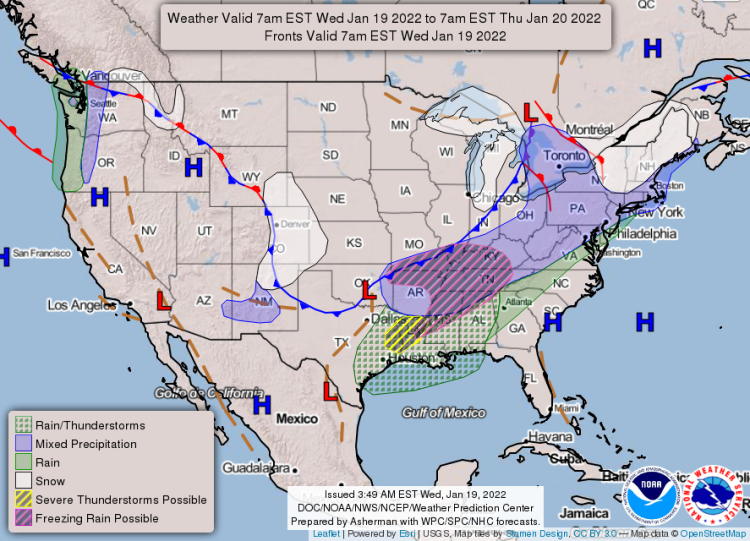 Cold air and precipitation coming. Scroll down for the 7-day forecast at the end. 👇

A strong cold front will move across Arkansas today and tonight, according to the National Weather Service in Little Rock. Cold stuff is highlighted in pink, other important points are in orange. 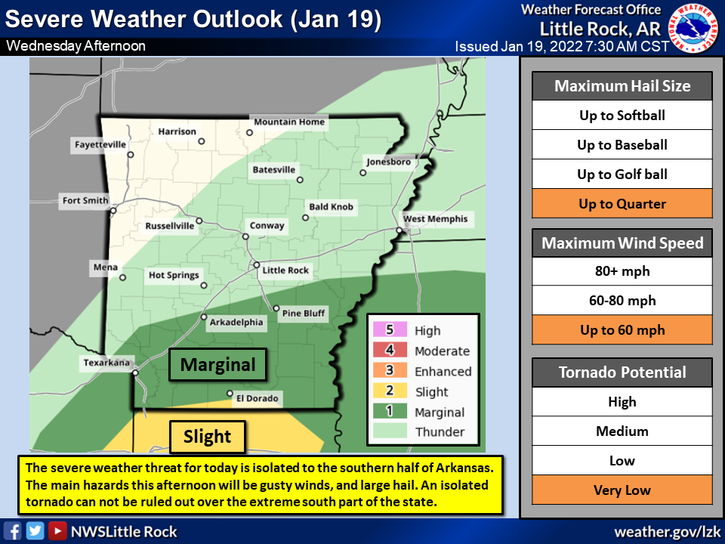 Showers will develop and become fairly widespread through Wednesday, with a few thunderstorms possible. 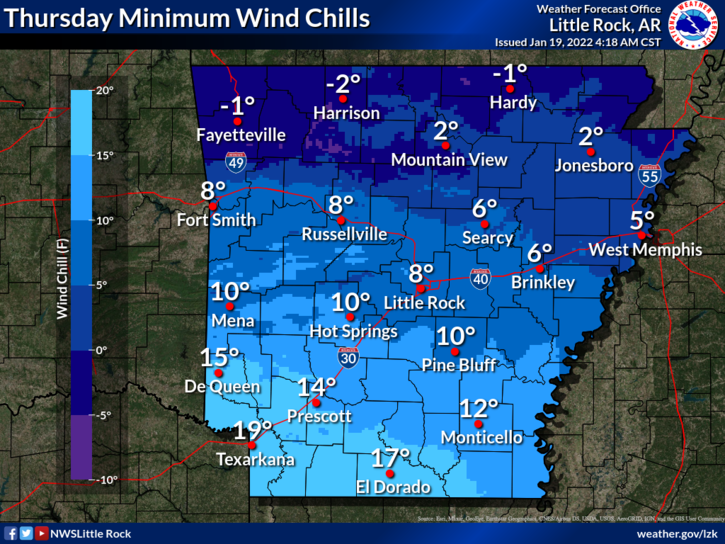 At this time, the greatest chance for thunderstorms will be along and ahead of the front, primarily over central and southern Arkansas. An isolated strong storm or two is not out of the question, though this appears more likely just south of the state. 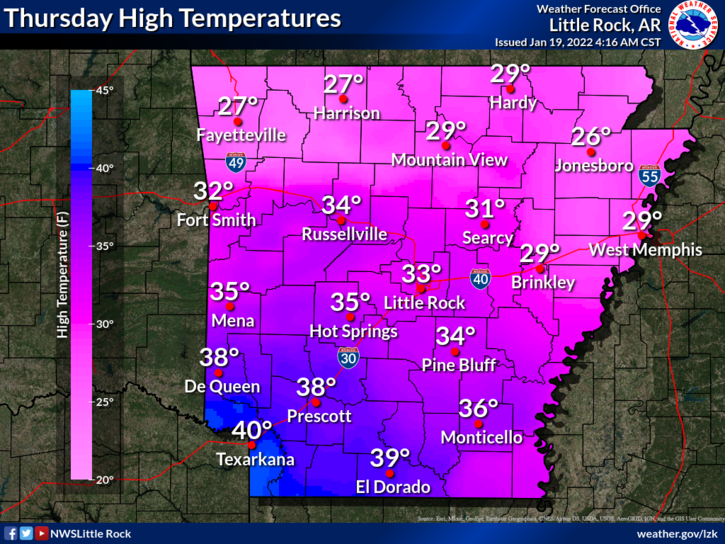 Markedly colder air will move in behind the front, and this will allow for mixed wintry precipitation to occur from mid to late afternoon over the northwest and into the early evening hours over central portions before coming to an end by late evening. 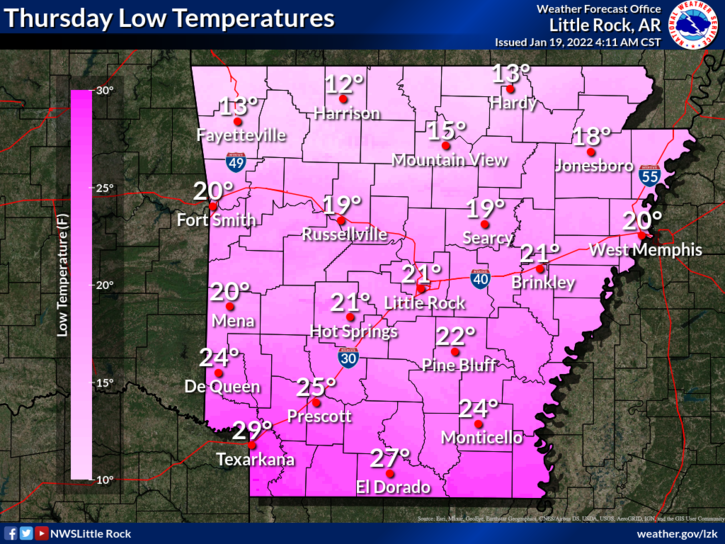 Arctic air will continue to move into the state on Thursday. Wind chill values are expected to be in the single digits Thursday and Friday morning. Be sure to follow the Cold Weather Tips below.