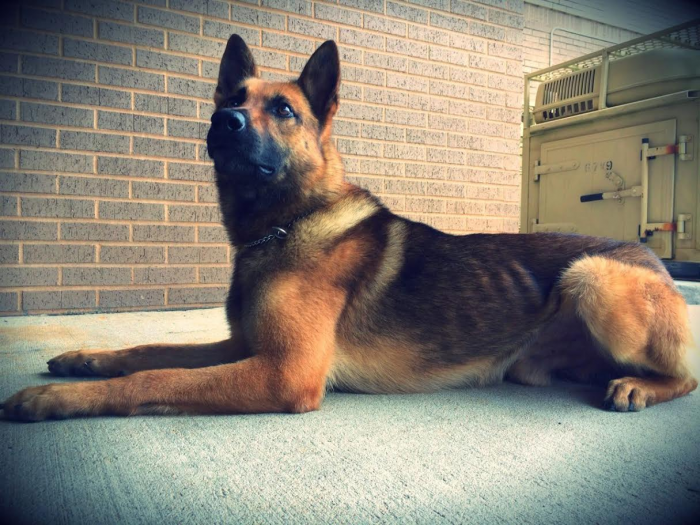 The Benton Police Department has announced the passing of beloved K-9 Officer Ares on Friday, August 19, 2016.

Ares, although being on a heartworm preventative, had contracted a strain of heartworms last year. He went through a series of treatments and had been released by veterinarians to return to full duty several months ago. While no foul play is suspected, Ares was transported to the Arkansas Veterinary Diagnostic Laboratory in Little Rock for a necropsy and further investigation into the cause of his death.

Ares was an 18-month-old when he joined the Department in February 2014. He was a Belgian Malinois/German Shepherd breed. His name was given to him through a contest involving 6th grade students at Benton Middle School. Students wrote essays and drew pictures. A committee of department employees decided the name “Ares,” submitted by Emilee Faith Millerd was the best fit for the dog.

Ares was a dual purpose K-9 trained in narcotic detection and criminal apprehension. He was certified at the Little Rock K-9 Academy and through the National Narcotic Dog Detector Association (NNDDA).

Drug asset forfeiture funds paid for the adoption of Ares. He was part of a team credited for many high-profile arrests. He also spent many hours visiting local schools and community functions helping to educate children about all the important jobs that police dogs perform to help protect their communities.

Ares service is appreciated beyond words and the department will miss him immensely. The Department asks for the public’s thoughts and prayers during this time.