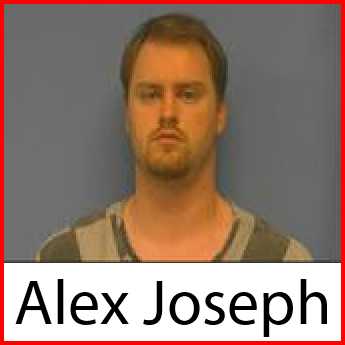 A teacher at Bryant Schools was arrested on the first day back to school. He confessed to soliciting sexual photos from a minor student. MySaline reported on this earlier, and now the Bryant School District administration has released a statement concerning the incident. Read below.

The Bryant Police Department arrested 23-year-old Alex Joseph this morning at the Bethel Middle School in the Bryant School District. Police arrested the man prior to the start of the school day, after Joseph admitted to the investigator that he had solicited sexual photos from a 13-year-old boy.

Bryant Police received information regarding a text and began an investigation immediately. The investigation is still ongoing at this time, but Joseph was taken into custody and charged with Computer Exploitation of a Child, which is a Class D Felony.

“A new teacher was arrested on the Bethel Middle School campus prior to the start of the school day after Bryant School personnel contacted the Bryant Police Department with information about the teacher. According to a press release from the Bryant Police Department, the teacher is being charged with Computer Exploitation of a Child. At this time, we have no evidence that the alleged conduct involved physical contact with minors. The district is cooperating fully with the law enforcement investigation. The Bryant School District will address this allegation as a personnel matter. We are committed to the safety of our students and expect all staff to adhere to the highest ethical practices and conduct. The safety and security of our students is our highest priority. We encourage all parents and students to report concerning or inappropriate behavior to school administrators.”