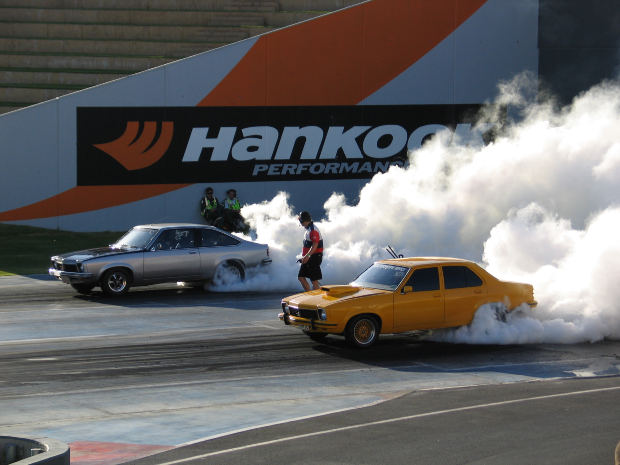 According to the posts in this racing forum, there are several local people who have begun an effort to make the old Benton airstrip into the new Benton dragstrip.
Local racers hopeful for a dragstrip on old Benton airport (City) property.
Meeting at the Benton Airstrip
Drag Strip In Benton Arkansas
RALLY @ BENTON AIRPORT…more info
I know we have some MySaline members who are interested in racing. What do you guys think? Brad? Donna? Anyone else?
Replies to This Discussion:

—–Brad Moore on January 21, 2008 at 1:59pm
Bud-
Welcome to Mysaline.com – this is a great website and message board.
Everyone that I have talked have the same questions as you. In casual conversation, the opportunity was to allow local kids to use what’s left of the airstrip at the old airport to “Street Race” and run their High Rev Tuner cars. The cars would be limited to street legal hot rods and would not require rezoning or any type of formal agreement. And now, based on what someone else has said (may not be reliable), the proposal is for a drag strip with rezoning required and a lease agreement.
I have not seen a proposal or offer from anyone. The City of Benton paid $535,000 for its 28 acres which recently appraised higher than the purchase price. Holland Chapel Baptist Church was a great partner with the City of Benton during the purchase – the church was eager to work with Benton because they knew we would be a good neighbor. I wonder what they think now?
The old airport property is a valuable asset to the citizens of Benton.
-Brad
—–Shelli Poole on January 21, 2008 at 5:34pm
Wooo! Smoked ’em!
—–Bud Lidzy on January 21, 2008 at 6:00pm
I agree Cliff. I am all for a full blown dragstrip. I would love to see it get big. I’m not sure the church would agree. Lots of hurdles to jump. Hope it takes off.
—–Shelli Poole on January 21, 2008 at 11:41pm
Click the pic for Fox’s story 1/21/08

Pictures From The Rally About 11 a.m.

Shelly Mann stands high in a truck bed, directing people through the crowd toward the petition table.

Bud Lidzy and Nathan Mann briefly cease discussion of the effort for a camera grin.

The church next door is concerned about race fans and participants disturbing their property.