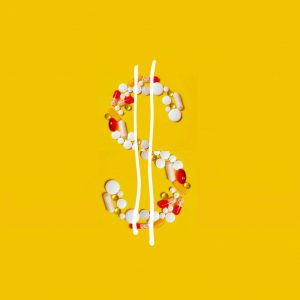 Arkansas Attorney General Leslie Rutledge on Tuesday February 25th filed a brief with the United States Supreme Court in the pharmacy benefit manager (PBM) case in Arkansas. The Supreme Court will hear oral arguments in that case on April 27, 2020. In this case, the AG’s office says Rutledge seeks to protect small businesses in rural Arkansas and save community pharmacies from abusive PBM payment practices. 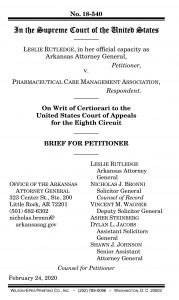 “For many Arkansans, we interact most frequently with our local pharmacists, but the stranglehold PBMs have on drug prices is driving many local pharmacies out of business,” said Rutledge. “It’s time we hold PBMs accountable for skyrocketing prescription drug prices and directly hurting Arkansan’s pocketbooks.”

In 2015, the Arkansas General Assembly enacted Act 900 to regulate PBMs who play the role of intermediary, reimbursing pharmacists for prescription drugs dispensed to insurance beneficiaries. Before Act 900’s enactment, PBMs were found to reimburse pharmacies at less than a pharmacy’s cost to acquire a drug, causing more than 16 percent of rural pharmacies to close in recent years.

Rutledge petitioned the U.S. Supreme Court in November 2018. Rutledge’s petition was supported by the U.S. Solicitor General and a bipartisan, 32-state coalition led by California.

The case is Rutledge v. Pharmaceutical Care Management Association, No.18-540.