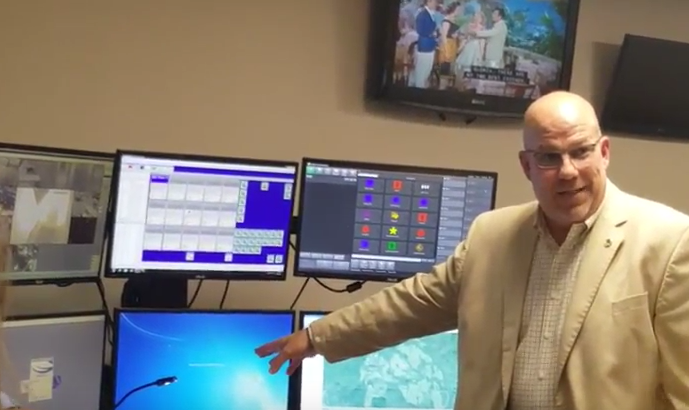 On Tuesday, members of the Benton Chamber Civics & Government Committee were invited for a tour of Saline County’s Office of Emergency Management (OEM). OEM Director Robert McGowen led the tour. I learned some important information that I want to pass along for every county resident to know.

The OEM is tasked with providing resources for natural and man made emergency situations such as tornadoes, Flooding, and Hazardous Materials incidents. McGowen stressed the importance of being prepared before a disaster strikes. For his office, that means lots of training with personnel from our 10 local law enforcement agencies and 24 fire departments on how to respond to emergency situations. There are also opportunities for civilians to be trained. McGowen said that many residents will come out to help during a disaster, but it’s difficult to organize untrained individuals without them getting in the way more than they help. See the end of this article for resources on getting trained.

The OEM building also houses the county’s 911 operations. The building has had a recent remodel and has come a long way since their senior operator used to dispatch from a car radio 24 years ago. Saline County 911 services originally began in 1987. Just in the past year, 911 operations for the county have increased from three operators to five, and their work space and kitchen have been upgraded from one employee’s description of it as “hell hole,” to a freshly painted and floored, crisp working environment with comfortable captain’s chairs and six information screens for each operator. That’s a big difference!

And did you know there’s something you can do to make it even easier for 911 callers to help you? A website called Smart911.com has been utilized in Saline County for several years, but even if you’re already signed up, you need to go back to update your information occasionally. What happens is, you input your address, phone(s), family members, pets, cars, directions to your home (ex: there’s a locked gate or there’s a gravel driveway) and even include photos of everything. Then when you call from the number(s) you have associated with your account, the operator is immediately able to pull up all that helpful information. It can be an invaluable service if someone is unable to speak or think coherently.

When we think of first responders, that means police officers, firefighters and EMTs, but now our local 911 operators have been trained to give instructions to callers for administering first aid or CPR. We’ve seen this on TV or in movies, where people are assisted over the phone, but the limits until recently have been to just try to keep the caller on the line and calm. This new training means a caller can be instructed on how to be constructive while they wait for more help. A caller could be coached through processes like clearing a blocked air passage, keeping someone breathing or dressing a wound.

One operator said she received a call not long ago from outside the city limits, where a vehicle accident caused someone to have a bleeding wound that could have been dressed with a tourniquet by the caller. However, the caller refused to follow the instructions and the injured person died from blood loss before an ambulance arrived. It’s very important for every person to learn basic first aid and CPR in case of an emergency and not be afraid to administer it. You could save a life – even your own.

The preparedness theme of this article stays true in this last point. We don’t want disasters and emergencies, but they are bound to happen. There’s a weather radio program that will eventually offer every Saline County residence a radio.

I recorded a short video in the Saline County 911 office as OEM Director Robert McGowen described new equipment to those on the tour. The staff – and particularly the operator who had been there for 24 years – was sure to thank County Judge Jeff Arey and the Saline County Quorum Court members, as well as their Director, for pressing to make funding available for the upgrades and improvements to their equipment, training and working environment. Way to go, guys – it means we’re all safer in Saline County.