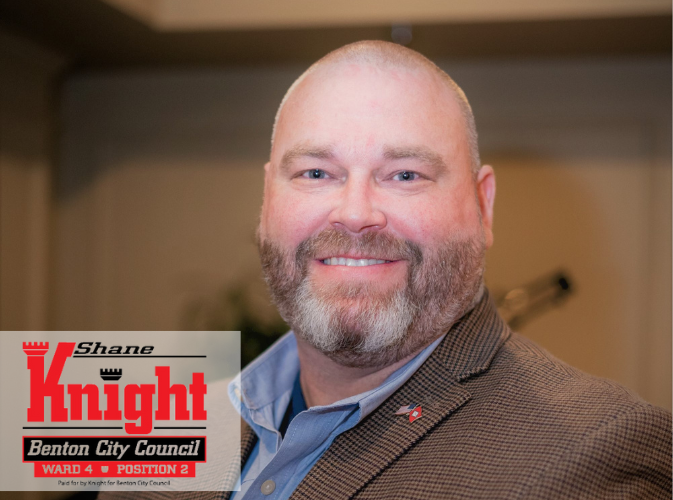 The General Election will be held November 8, 2022. Announcements are written by the candidate. Click here to see other announcements for political office in 2022 – www.mysaline.com/2022-announcements

Benton City Councilman Shane Knight filed for re-election Tuesday, seeking his second term for Ward 4, Position 2 with the Benton City Council. During his first term, Councilman Knight has worked diligently to serve the residents of Ward 4 and the city. Knight has consistently voted to cut taxes, regulations, and fees for the residents of Benton; while continuing his support for strong public safety, vibrant parks, and conservative fiscal responsibility.

“During my first campaign, I promised to bring a skillset of management, problem solving, and teamwork to the city of Benton to improve our infrastructure, support our law enforcement, improve our quality of life, and fight for you to keep your hard-earned taxpayer dollars. I have kept those promises.”

“As your city councilman I will continue fighting for you and the future of the city we love. It has been an honor to serve the people of my district and the city of Benton, and I humbly ask for the people’s support and vote on November 8, 2022,” said Knight.

During his first term as city councilman, Shane Knight was the lead sponsor of:

Shane is married to Andrea Knight; they have three children and are members of Highland Heights Baptist Church in Benton. Shane graduated from Williams Baptist University with a Bachelor in Psychology and has earned his Ed.D and Ph.D. Shane is currently the Deputy Director for the Southeast Arkansas Economic Development District and also serves as an adjunct professor for the Arkansas Environmental Training Academy at Southern Arkansas University Tech and sits on the advisory board for the Academy. He previously served Saline County as the Environmental Officer for Recycle Saline as well as former Chairman of the Saline County Republican Committee. Shane also served as a volunteer coach with the Benton Youth Sports Association and as a volunteer with Benton Matters. Knight was also the “Voice of the Benton Panthers,” for six seasons and host of the Morning News on KEWI 690 AM. He was also a member of the Circle K Kiwanis of Benton.

Browse other candidate announcements below 👇 or click here to return to the main page for the 2022 elections – www.mysaline.com/2022-elections 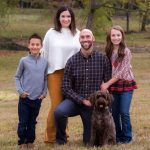