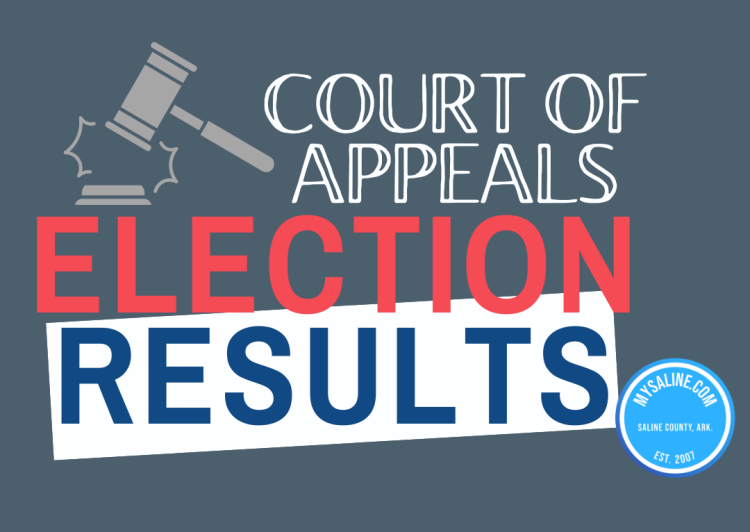 MySaline has a full report on the way from yesterday’s Primary Election, but first… There’s one race that isn’t finished yet.

Although one candidate has called to congratulate the other, the race for Arkansas State Court of Appeals Judge (District 6, Position 2) is sitting at under 300 votes of separation. As of Noon Wednesday, Judge Stephanie Casady has 37,882 votes, or 49.92% and Wendy Wood has 38,008 votes, or 50.08%.

We are sitting on 66.67% of the votes tabulated for that race. The result is waiting for the Secretary of State’s office to collect the remaining ballots.

Casady has announced on social media that she has called to congratulate Wood, saying, “With the partial Perry County votes that just came in, it’s obvious to me that the race is over. I want to thank my family and the many friends that helped and supported me along the way. I called my opponent to congratulate her and wish her well. It was 2 a.m. and I left a message. But, I felt it was important to make the call and I am sincere in wishing her the best. Much love to all of you!”

Check back on this page for the final outcome in this Judicial race. Also, MySaline will post a comprehensive article later, admonishing the nearly three-quarters of registered voters who didn’t make it to the polls to actually vote…

Return to the main page for Elections Info at:
www.mysaline.com/2022-elections/