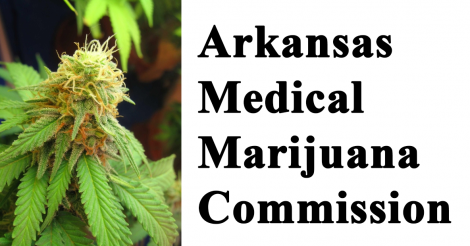 The commission’s creation follows the passage of the Medical Marijuana Amendment in the 2016 General Election. The purpose of the Medical Marijuana Commission is to control the regulation of medical marijuana cultivation and distribution to qualifying patients in the State of Arkansas. The commission will also work to establish a system of administering and regulating the licensing of dispensaries, along with setting conditions and requirements for physicians, dispensaries and patients.

“Following the decision of Arkansas voters to legalize medical marijuana, I have worked with Pro Tempore Dismang and Speaker Gillam to appoint the members of the Medical Marijuana Commission within the 30-day period. I look forward to seeing this commission develop a responsible implementation plan that meets the needs of patients while protecting the public and assuring public safety.

“I have no doubt Dr. Tillman, with her knowledge and breadth of experience in the field of medicine, will do an excellent job in her new role on this commission.”

“James is uniquely qualified to tackle the issues that will come before the Medical Marijuana Commission. During his tenure with state government, he worked closely with regulatory agencies for both tobacco and alcohol. That experience will help him navigate the safety and rule-making obligations the Commission is tasked with by this new amendment.”

“Dr. Roman’s statewide leadership in pain management will be a valuable contribution to this Commission. He has worked to protect both doctors and patients while encouraging crackdowns on so-called ‘pill mills,’ where some doctors will unethically and illegally enable prescription drug abuse and opiate dependency. Other states with medical marijuana have seen similar problems with prescriptions, and Dr. Roman’s decades of work will be a great resource as we look to mitigate that possibility, along with addressing a myriad of other medical issues.”

“Both Dr. Carroll and Mr. Story share my desire for the commission to honor the will of the voters and find a responsible path forward. Both have distinguished careers in their profession and will serve Arkansas well.”