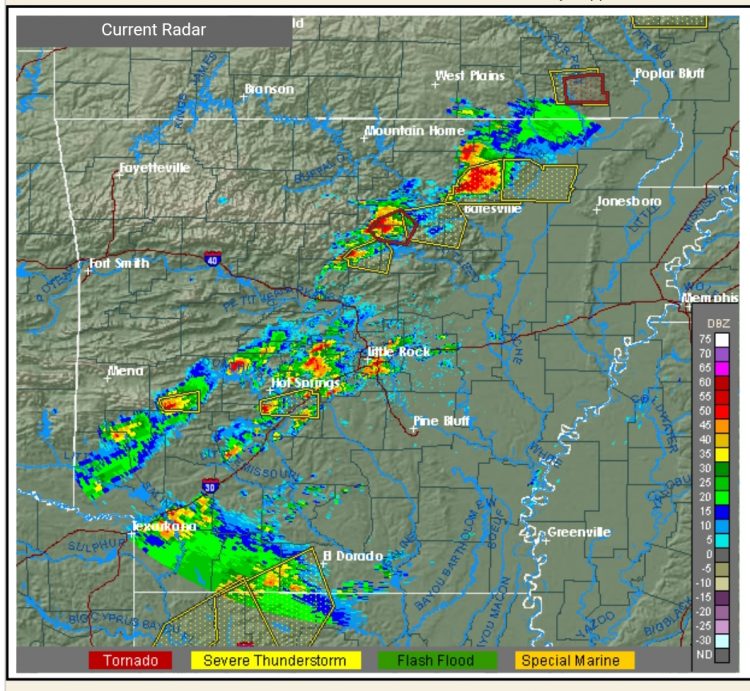 SEVERESTHUNDERSTORM WARNING  UNTIL APRIL 03 at 5:30PM TORNADO WATCH 27 IS IN EFFECT UNTIL 800 PM FOR MUCH OF ARKANSAS, INCLUDING SALINE COUNTY.

For the bottom two-thirds of Saline County, the National Weather Service in Little Rock is predicting an enhanced chance for severe weather, including the possibility of damaging winds, tornadoes and large hail. There is a slight chance for the same in the upper third of the county. 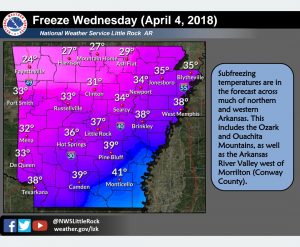 The National Weather Service in Little Rock has released a statement for Tuesday and Wednesday indicating a chance of light rain Tuesday evening and then a return to Winter temperatures by Wednesday.

Strong southerly winds will be in place ahead of an approaching
cold front today. Some of the strongest winds across the area
will likely occur across eastern portions of the state. Wind
speeds in these areas could be between 20 to 30 mph, with gusts over 40 mph. Behind the front, strong west to northwest winds will also be possible through the evening hours.

As the cold front makes its way across the state through the
afternoon and evening hours, strong to severe thunderstorms will
be possible. The main area of concern is across roughly the
southeast half of the state. While all types of severe weather are
possible later today, damaging winds will be the primary threat.

In the wake of the front, colder air will filter into the state
during the overnight hours. Subfreezing temperatures are likely
across much of northern and western Arkansas Wednesday morning.
This includes much of the Ozark and Ouachita Mountains, and the
Arkansas River Valley west of Morrilton.